I begin work in color with eyes. At first a black pencil I paint over the most dark places, slightly I plan future shadows. Then layer-by-layer I start adding color of a raduzhka. At first I pass light brown, okhristy, then I add more dark brown and a little green. On centuries the blue is slightly added. For bigger realness I put strokes from a pupil to edge on a circle, more natural texture so turns out. Patches of light I leave not painted over.

I begin work on wool further. Here it is important to watch that pencils always had sharp tips, only then wool will be tidy and thin. At first slightly I plan the general direction of wool. Where wool red, I use different shades light brown, on the gray — gray. I am guided on ref. On a pencil I do not press as I will give a saturation of color then.

I add shades on wool, little by little increasing brightness. In gray wool will well look blue and nonsaturated green tone. Separate thin strokes I add black strands of wood.
Then I begin final shading of gray wool. I begin with the most dark area from an ear to an eye. Sometimes I strengthen a blue shade, in addition passing a blue pencil.

Wanted to finish at first a forehead and an ear, but for some reason the bakenbard wanted to continue. And I already understood that it is better to draw what is wanted than to toil with that planned. Therefore I continue this area. I do an underpainting in the color and I plan the direction of wool.

Completed a bakenbarda and a cheek. Left a bottom is lighter, than it is necessary — there I will work when I reach a muzzle and a neck — I need to see contrast. Slightly walked a black pencil on a forehead, having designated dark strands of wood.

Almost finished a forehead — strengthened black, added blue and shades of the brown. Planned the direction of wool on an ear.

I study an ear. At first I add shades, then I fix tone a black pencil. At first I worked edges of an ear, and then already internal part. To show the direction of hairs, did strokes by a gray and brown pencil, long, added the black here and there.

Similarly I study also the second half of a forehead. I plan the direction of wool, I add shades blue and brown, then slightly I pass black before gaining final tone.

Finished a forehead. Mostly worked with a black pencil, here and there strengthening blue and brown shades. Added the green a little.

Completed the second ear by analogy with the first. At first made edges red, then added black for the necessary shadow, green and blue for shades. For office of long locks of light hairs I put abrupt strokes the black.

Made a nose. At first designated the most dark places and a penumbra a black pencil, then added shades violet, blue and slightly green, strengthened black to the necessary tone at the end.

The red planned strands of wood on a muzzle.

Walked on a nose back brown and black. In the gray color added strands of wood on a white site of a muzzle.

So far to do a cheek to me the reluctance therefore left an underpainting and planned black edge. Made a wool underpainting on a neck. On a dark site at first walked black, then added shades and fixed black to the necessary tone. On the light — on the contrary (at first a blue pencil, then black and brown).

Black pencil planned wool on other part of a neck, having defined the direction and some locks.

Finished with a similar way a neck. Light locks studied everyone separately, at first passing across the direction of wool brown, and then adding dark brown and black.
It is ready.

Lessons on a wolf:

2. Wolf to the utmost

How to Draw a Wolf

Learn how to draw a Wolf (that won’t get confused with a dog). It’s easier than you think, with this step by step tutorial.

There are many qualities that a wolf shares with a dog, but a few key features make them look much different than man’s best friend. The face and chest need to look extra furry, the waist really narrow, and the fur colored with at least two tones, the lighter being on the bottom.

Animals that need to have a fuzzy, furry edge are much easier to do when you approach it in two steps. First draw a smooth general body shape, then add the zig zag edge along the outside. Lastly, erase the initial smooth line and voila! A very furry looking animal. If students try to draw the fuzzy line first, it can be hard to control, especially for those without a lot of experience.

How to Draw a Wolf

All wolf pencil drawings ship within 48 hours and include a 30 day money back guarantee. Etsy is the home to thousands of handmade vintage and one of a kind products and gifts related to your search. 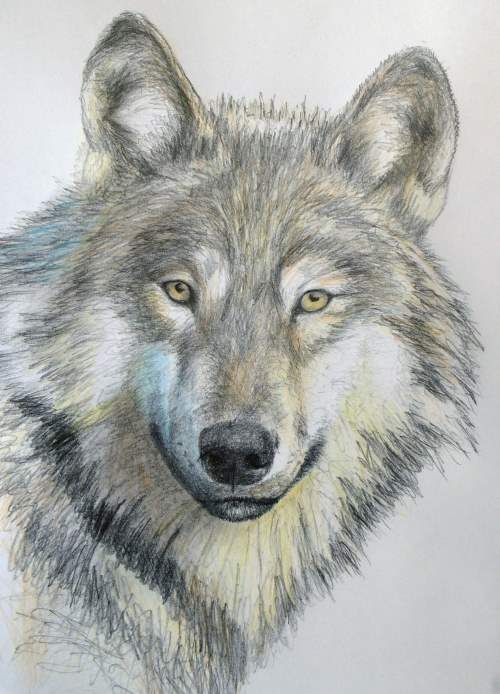 Wolf colored pencil drawing. Source wolf drawing for free download. Source drawing of a wolf. Scroll through our compilation of wolf drawings which we are sure will is going to be an inspiration for to you take pen to paper and draw wolf drawings like never before.

All the best wolf pencil sketch 37 collected on this page. While the final drawing is very sophisticated hames makes it achievable by breaking the process down into intuitive steps. 4 and much more.

He begins by showing you how to construct the geometry of the wolfs face then gradually builds the tone and detail to create a full tone graphite pencil drawing. I really like how the eyes and fur came out. In this class we will draw a wolf.

He has drawn this wolf in colored pencil with some paint for the snow. Proportional wolf drawing for you. During the class you will learn.

No matter what youre looking for or where you are in the world our global marketplace of sellers can help you find unique and affordable options. 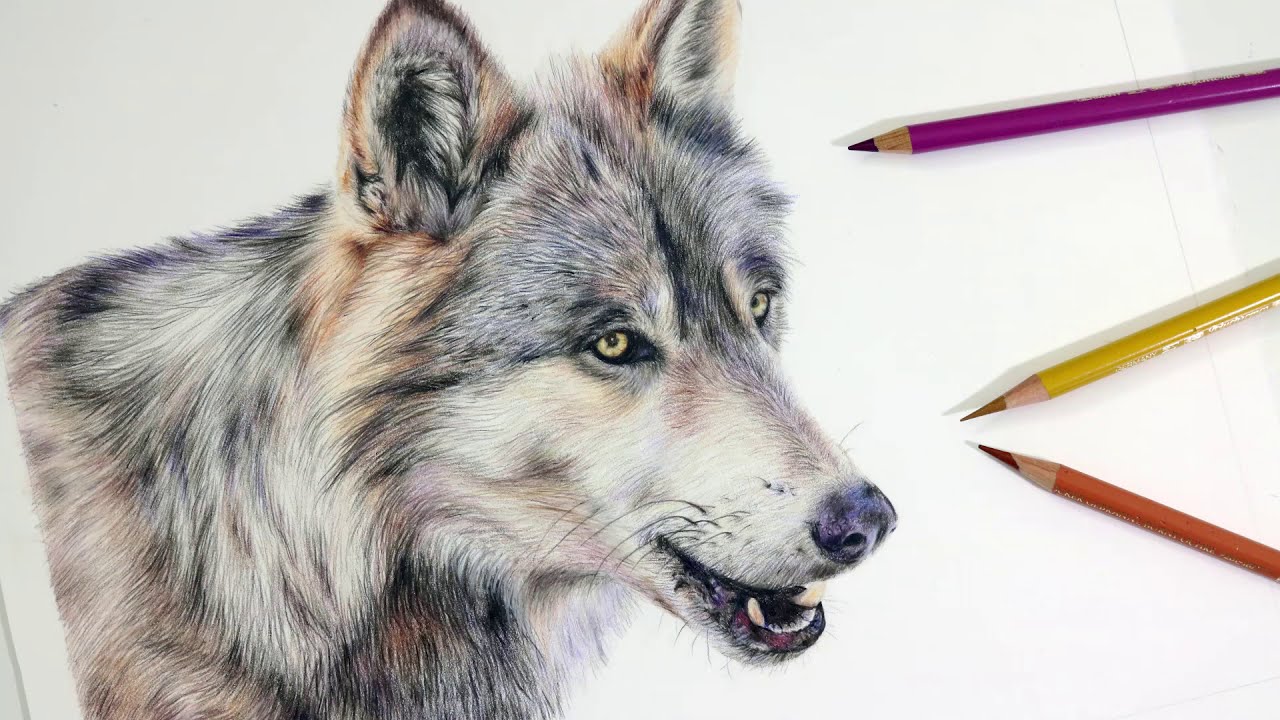 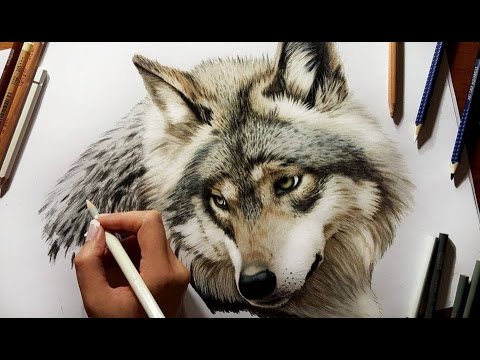 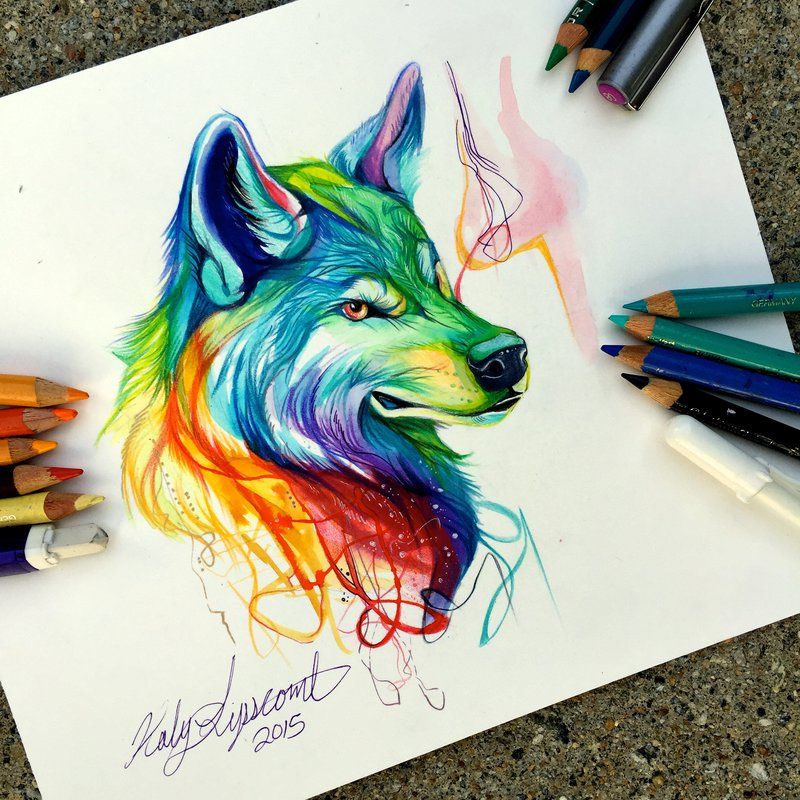 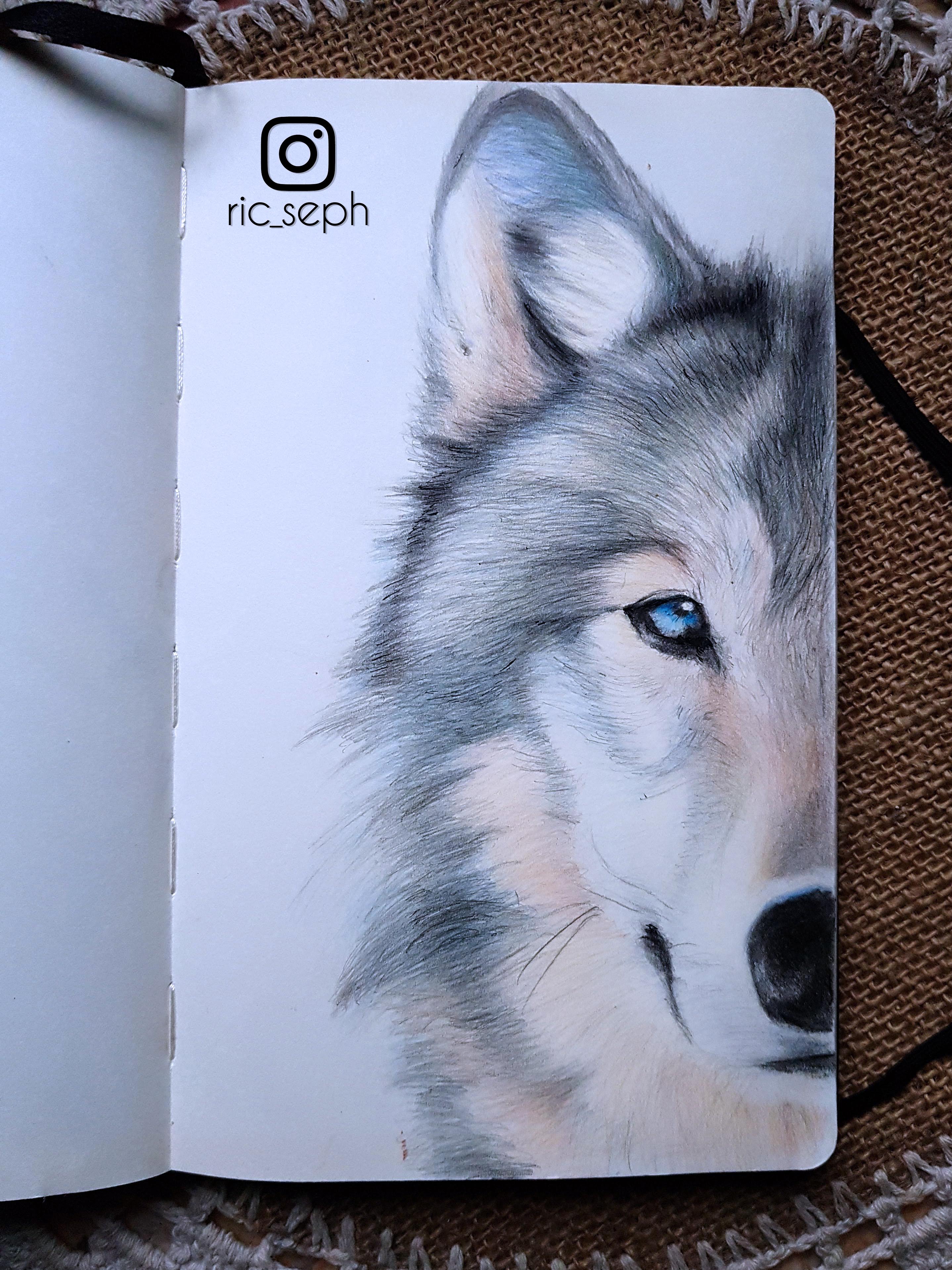 A Wolf Made With Colored Pencils Drawing
Download Full Resolution 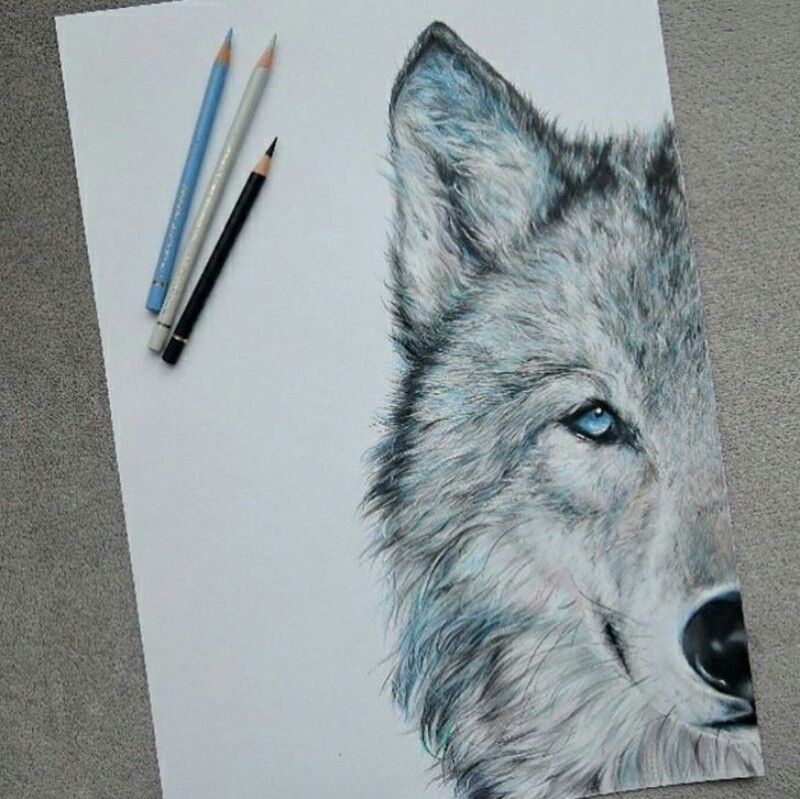 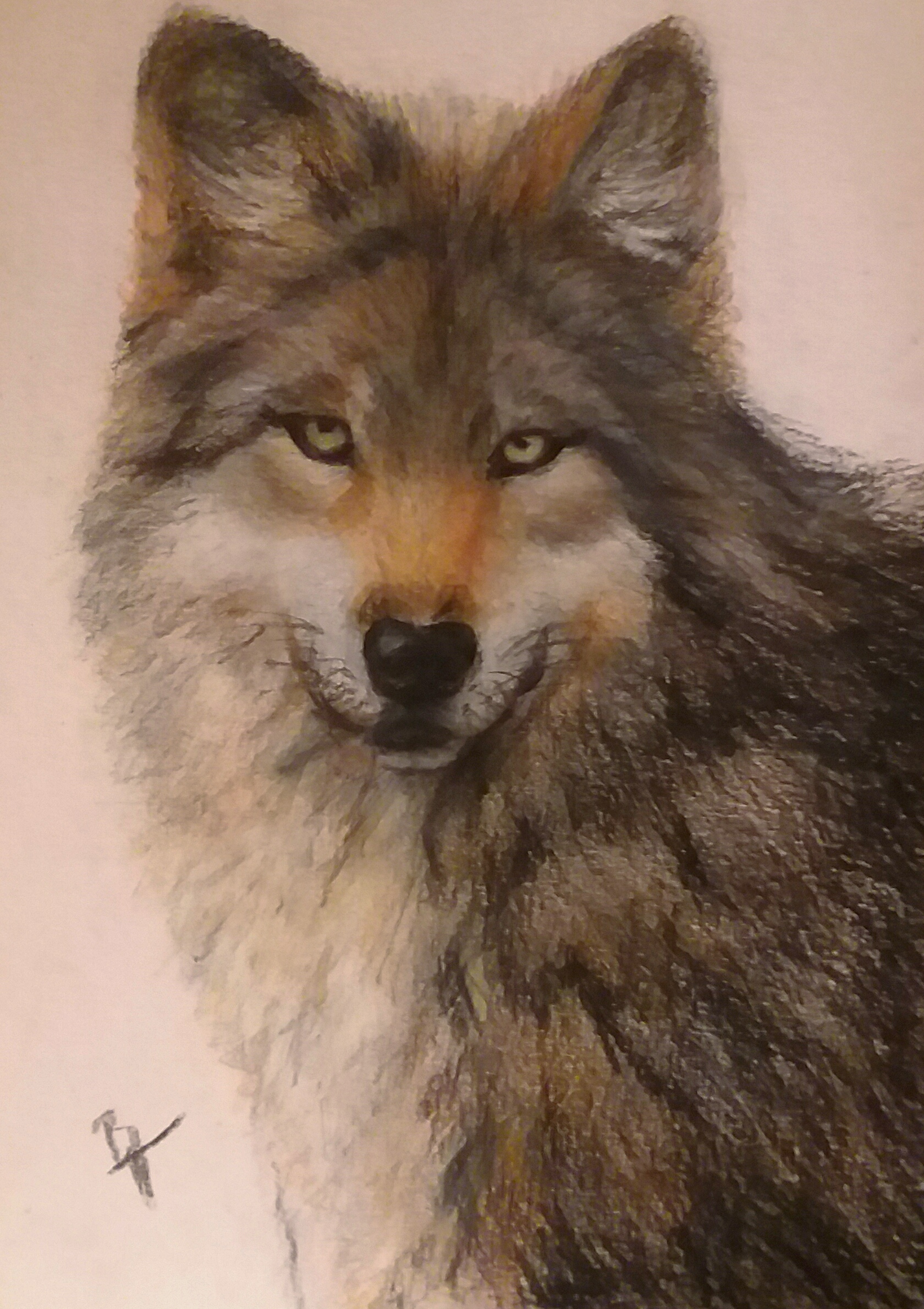 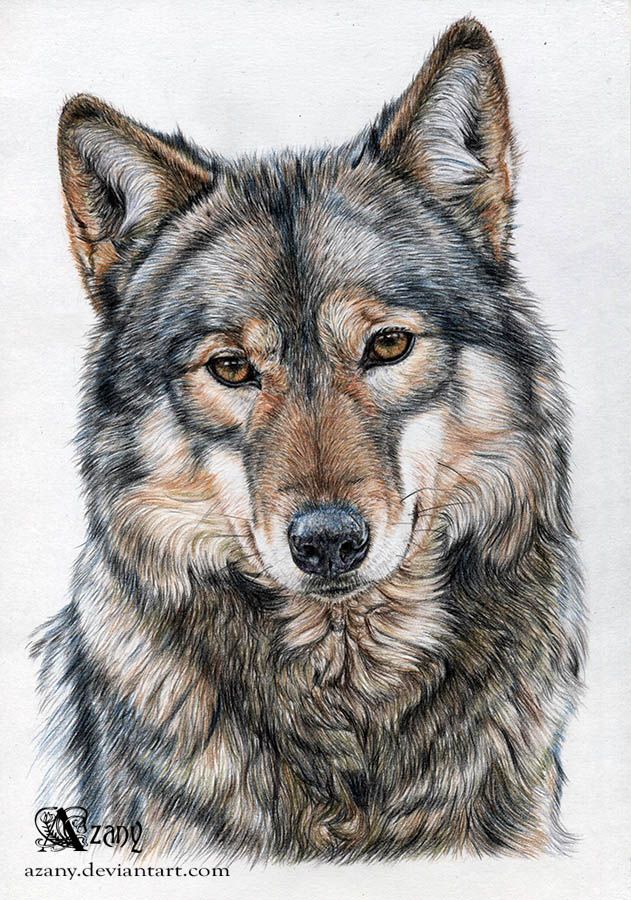 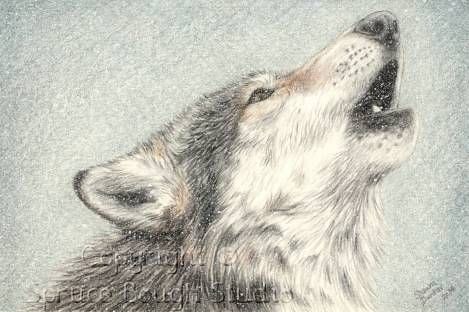 How to draw a Wolf with color pencil – Amie Howard

I show you step by step how to create a realistic wolf drawing using coloured pencils. I show you how to render long, fluffy fur and tackle that awkward salt and pepper coloured fur.

SUBSCRIBE
If you’re new around here and you loved this video then make sure you subscribe and hit that bell icon to be notified of all new videos as soon as they’re released!

I do not accept this Kostya and you should not look at such things. - Aunt Lyuba told me when we entered the kitchen. - Petrovich answered my mother, which infuriated her. I never sat down to piss in front of my husband, and even more so in front of you.

In general, I am a shy woman and I am ashamed if they look at me when I pee.

How To Draw WOLF EYES in COLORED PENCIL - Drawing Tutorial

Judging by the approving exclamations of those who took it, the juice of passion was poured directly onto their bodies. But then her stream collided with another, even stronger one, and a few moments later scored another one from the other side. Her ass was pierced even harder and she screamed in pain. But the pain was so sweet that it didnt give her any discomfort.

Asked aunt Tanya. -We dont know, we will check for one thing. - we almost answered in unison. -Well, what will Lucy show them our developed and hairy holes.