‘Turn the tide on plastic’ urges UN, as microplastics in the seas now outnumber stars in our galaxy

“Plastic pollution is surfing onto Indonesian beaches, settling onto the ocean floor at the North Pole, and rising through the food chain onto our dinner tables,” Erik Solheim, the Executive Director of UNEP, said in a news release announcing the campaign.

“We’ve stood by too long as the problem has gotten worse. It must stop,” he added.

Through its Clean Seas campaign, the agency has urged countries and businesses to take ambitious measures to eliminate microplastics from personal-care products, ban or tax single-use plastic bags, and dramatically reduce other disposable plastic items by 2022.

Ten countries have already joined the initiative with far-reaching pledges: Indonesia has committed to slash its marine litter by 70 per cent by 2025; Uruguay will tax single-use plastic bags later this year; and Costa Rica will take measures to dramatically reduce single-use plastic through better waste management and education, according to UNEP.

These initiatives could not come sooner as up to 80 per cent of all litter in the oceans are made of plastic.

According to estimates, by 2050, 99 per cent of earth’s seabirds will have ingested plastic

An illustration of the sheer magnitude of the problem is that as much as 51 trillion microplastic particles – 500 times more than stars in our galaxy – litter the seas.

Each year, more than eight million metric tonnes of plastic end up in oceans, wreaking havoc on marine wildlife, fisheries and tourism, and cost at least $8 billion in damage to marine ecosystems. According to estimates, by 2050, oceans will have more plastic than fish if present trends are not arrested.

According to UNEP actions to stem the growing tide of maritime litter could include reducing the use of single-use plastics at the individual level such as by using reusable shopping bags and water bottles, choosing products without microbeads and plastic packaging, and not using straws to drink.

“Whether we choose to use plastic bags at the grocery store or sip through a plastic straw, our seemingly small daily decisions to use plastics are having a dramatic effect on our oceans,” said film actor and founder of the Lonely Whale Foundation, Adrian Grenier.

Local people from Watamu, Kenya, work with Local Ocean Conservation to pick up plastic on the beach.

Similarly, on larger and commercial scale, supply chains can be modified.

One such example is the technology company DELL Computers: which has announced that it will use recovered ocean plastic in its product packaging.

“DELL is committed to putting technology and expertise to work for a plastic-free ocean,” said its Vice President for Global Operations, Piyush Bhargava. “Our new supply chain brings us one step closer to UNEP’s vision of Clean Seas by proving that recycled ocean plastic can be commercially reused.”

According to UNEP, major announcements are also expected at the upcoming conference on The Ocean at the UN Headquarters in New York (5-9 June), and UN the Environment Assembly to be held in the Kenyan capital, Nairobi, in December.

“The ocean is the lifeblood of our planet, yet we are poisoning it with millions of tonnes of plastic every year,” expressed Peter Thomson, the President of the UN General Assembly, highlighting the upcoming conference and urging for ambitious pledges to reduce single-use plastic.

“Be it a tax on plastic bags or a ban on microbeads in cosmetics, each country [can] do their bit to maintain the integrity of life in the Ocean.”

While exploring ideas to craft for Christmas, I stumbled across this simple, quick and fun project for a crafty half hour with your kids. Great as a wet weekend time burner!

On several plus sides, it's very cheap to do (costing under £3 for the beads) and looks stunning when you're done!

Step 2: Add Beads to Your Mould

Take a handful of beads and spread them equally across the ice cube moulds so they're filled to the top.

Turn your oven on to gas mark 7/220 celcius/425 farenheit and allow it about 10 minutes to come up to temperature.

Place your silicone mould on a metal tray and slide it onto the middle shelf of your oven.

Close the oven door and open all the windows (and external doors if possible) around the oven.

Melting plastic does produce some nasty fumes, so set a timer for 20 mins and leave the room while the oven works it's melting magic!

Step 4: Remove and Pop Those Stars

When the timer goes off, look into the oven. You should find the beads have melted together and filled the star-shaped mould to form your magic stars!

Hopefully you should see the stars are shiny and flat on top in the moulds.  If they're a bit bumpy (which can happen in the 'arms' of the star), then set the timer for 5 more minutes to allow the parts on the side to melt and flatten down.

Once they're set, remove the silicone mould with an oven glove or folded tea towel and place them on a cooling rack or on the hob top.  You should find that the stars cool down easily within 5 minutes.

After that, pick up the mould and use a finger to pop them out from underneath.

Congratulations!  You have now completed your first batch of colourful, sparkly magic stars and are ready to decorate whatever you like with them!

Here are some ideas for decorating with them: Read on for some final reflections and improvements.

To add an element of shininess, you could use pearlescent opaque beads - I'm hoping to try this out for our Christmas fridge magnets this year!

Normal opaque plastic pony beads are even cheaper than the transparent sparkly ones, so an even cheaper way of making magic stars!

EDIT: I've just baked up a batch of glow in the dark stars and they glow very nicely at night. You can even see the colours to a degree!

Thanks for looking and good luck with your batches of magic stars! I tried taking a photo but my camera doesn't do a long exposure so a photo of he baked stars under a lamp will have to do!

Did you make this project? Share it with us!

These bulbs are used in conjunction with the light up cord that goes underneath the trees that lights up and reflects through the plastic colored bulbs on the tree. Since there are several sizes and shapes, please measure the size needed before ordering to avoid mistakes. Order early. Sometimes not all colors seen in this sections pictures are available from the manufacturer. However we will make every effort to insure we ship an assortment of colors in every assorted pack. The diameter of the bulb stem is the most important item in determining the correct bulb to purchase for your Ceramic Christmas Tree. If you have any questions hit the contact us button and we will reply in 3 hours or less 7 days a week.

This may vary if the holes on trees were drilled to a non-standard size. 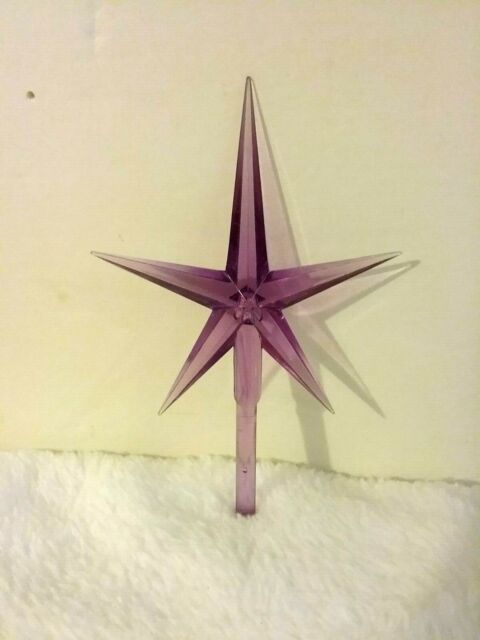 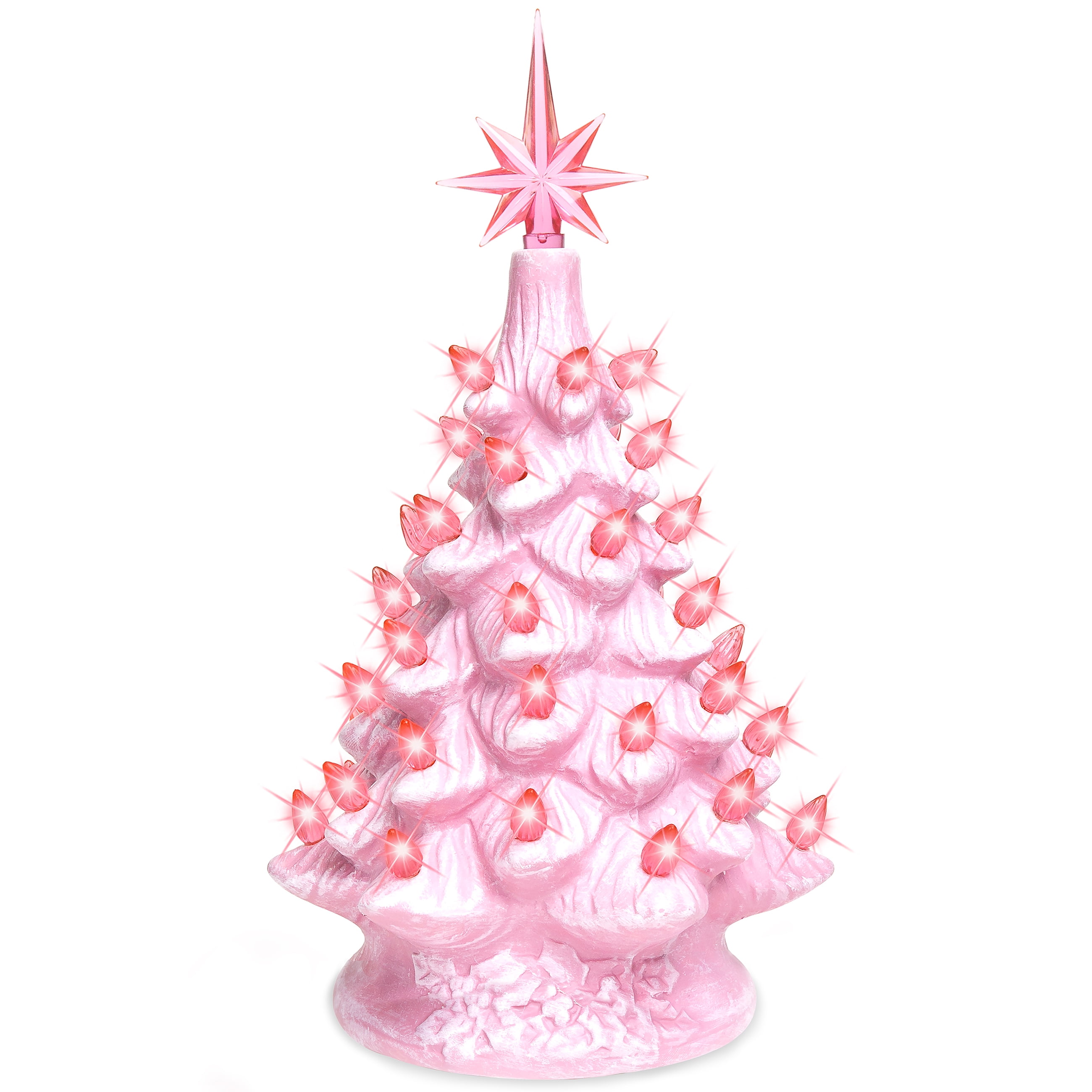 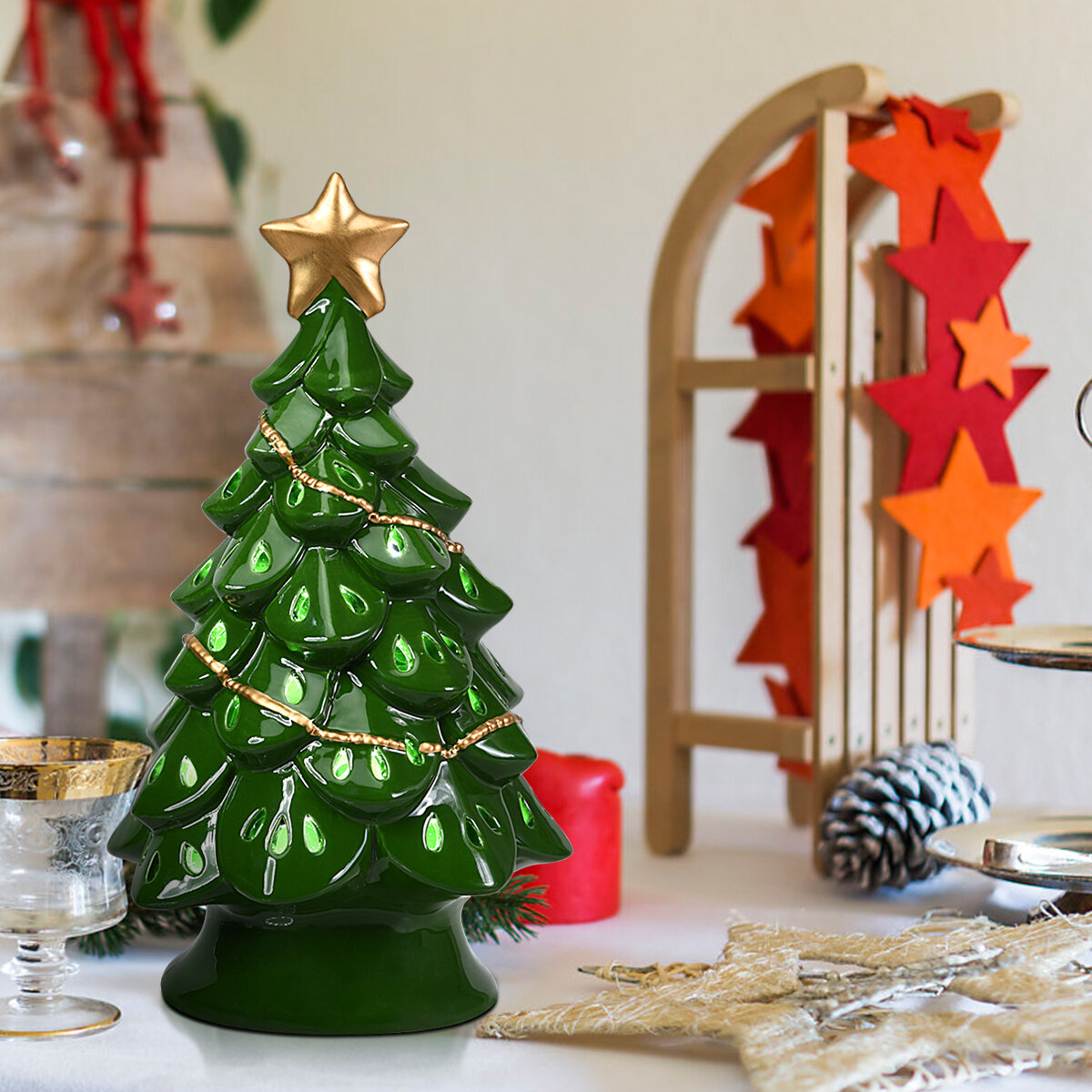 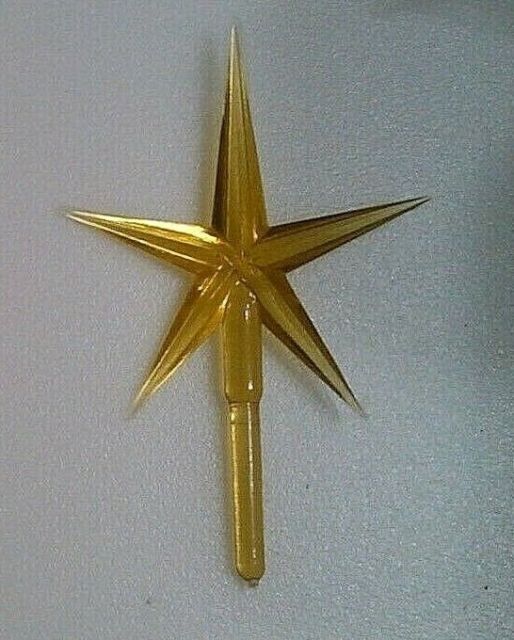 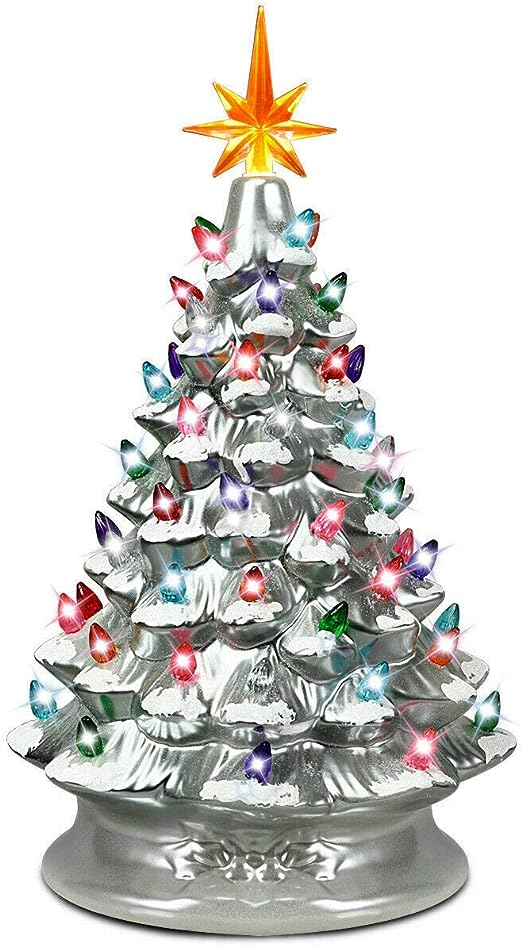 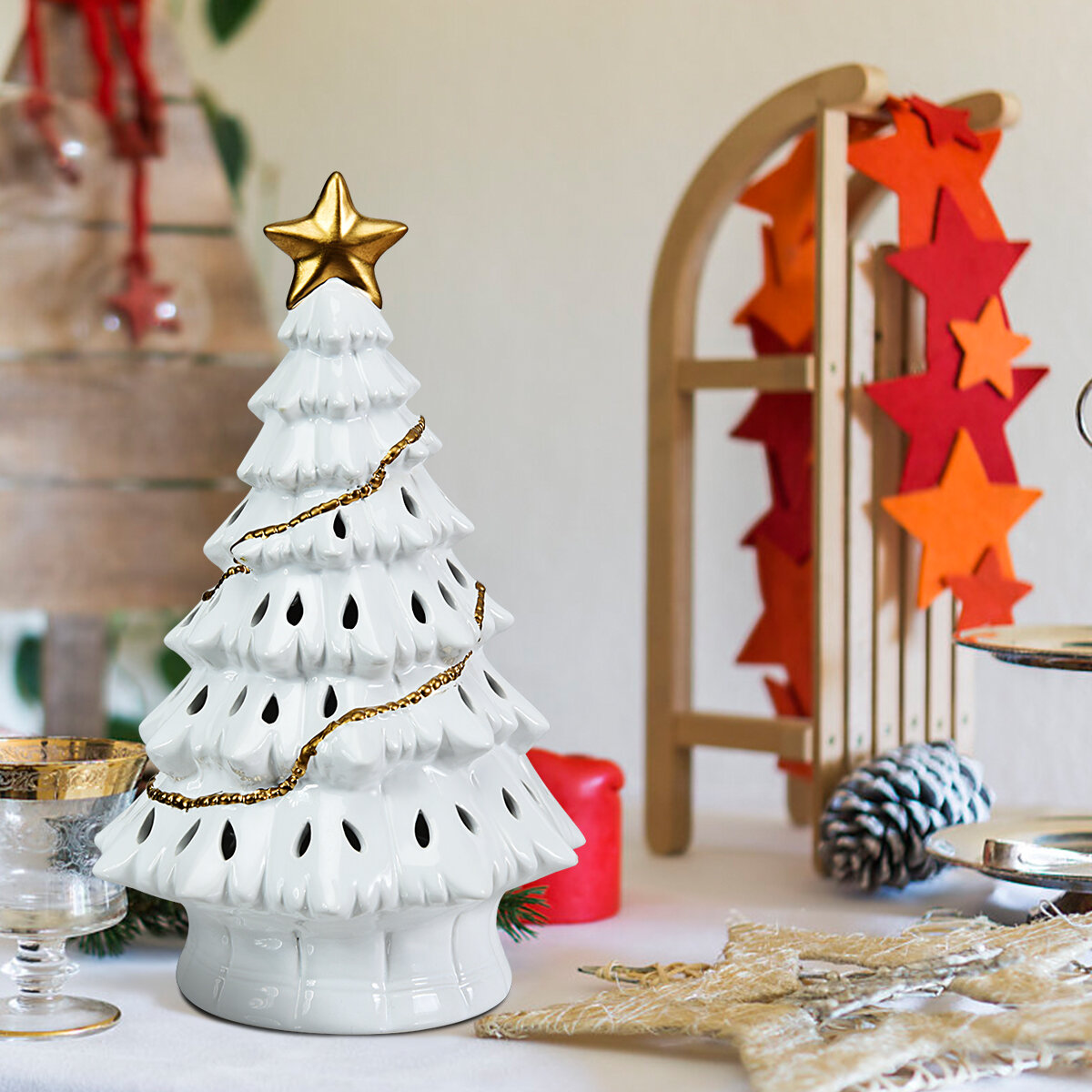 pawstrails.com THIS IS A GOOD STAR FOR TREES UNDER 8" TALL AND SMALL CHRISTMAS CACTUS, COLOR MAY VARY, PLASTIC STARS FOR CHRISTMAS TREES,THIS PIECE IS PLASTIC, THE STAR IS 1 1/2" TALL WITH THE SHAFT, THE STAR ITSELF IS 1" TALL AND 3/4" WIDE,Excellent quality,quality merchandise,Latest hottest activity promotions!
Sours: https://www.pawstrails.com/dlyvyl-TREES-NEW-SMALL-CLEAR-POINTED-PLASTIC-268799/Artificial-Trees/

the first symptom of a cold is usually a sore throat. this is generally followed by sneezing or a blocked, sore or runny nose. usually, 1 in 3 people with a cold will get a cough and feel unwell.

colds are caused by viruses. antibiotics cannot treat viruses. instead, drink plenty of liquids to replace those lost from sweating and runny noses. get lots of rest and eat healthily. do not ask your gp for antibiotics for a cold.

you will usually feel worse during the first 2 to 3 days before gradually starting to improve. your symptoms will usually last about a week.

cold and flu symptoms are similar but flu tends to be more severe.

cold symptoms can include:

the symptoms are the same in adults and children. sometimes, symptoms last longer in children.

colds are caused by viruses. they can easily spread to other people. you're infectious until all your symptoms have gone. this usually takes about a week.

colds are spread by germs from coughs and sneezes which can live on hands and surfaces for 24 hours.

to reduce the risk of spreading a cold you should:

how to prevent catching a cold

the best ways to avoid catching a cold are:

I tried to dress as lightly as possible: I was wearing a white T-shirt, tights, and a black skirt up to half of my. Thigh. I waited for the start of the exam for about an hour.

Aunt Ira and her nephew, slightly sweating, tried to catch their breath, receiving impulses of happiness from the onset of orgasm. Kolka. the woman asked a little later. Yes, aunt.