The rent structure will be as follows:

Certain restrictions with respect to income and student rules do apply.  Contact management for more  details.

The apartment community offers its residents the following amenities:

Each apartment is equipped with:

The new 66-unit Elkin Ridge apartment complex on PGW Drive is now accepting applications for 1-, 2- and 3-bedroom apartments with a move-in date at the end of May or early June. The apartments are income-based, similar to the nearby Cooper Terrace development.

“We have a lot of interest so far,” said Vickie Wolfe, Regional Property Manager for United Property Management LLC. “I’m getting inquiries daily on the apartments and on how to apply.”

The apartments include all kitchen appliances (stove, refrigerator and dishwasher), and rent covers water-sewer and trash pickup costs. Each unit has a washer-dryer hookup, and the complex also has an onsite laundry center, a community room with a kitchenette, a gazebo, and a covered picnic area with grills.

Approximately $7 million of the cost will be recouped through a federal housing tax credit program, which in turn requires that the apartments rent for reduced rates to low-income tenants, explained Scott Farmer, Executive Director of the N.C. Housing Finance Agency.

“The program is designed to serve households at or below 60% of the area median income,” Farmer said.

Ranging in square footage from 806 square feet to 1,213 square feet, the apartments will rent from $310 per month to $721 per month, depending on unit size and household income.

He added that offering such reduced rents wouldn’t make a new apartment complex profitable for most developers, and the tax credit program is an incentive for private developers such as Harrell to build in needy areas.

Harrell, originally from Elkin, said the completion of the project in his hometown is poignant.

“It’s exciting for me — being from there,” said Harrell, adding that his father, who still lives in Elkin, has started receiving calls from people who knew his son was involved in the project and are interested in learning more about the application process.

Harrell said he believes the new Elkin Ridge units will serve as an economic development tool for Elkin.

“A key decision for any business looking to locate in the area is workforce, and having good community housing is a real plus,” he said.

Elkin Ridge is wrapping up construction on time and on budget. Wolfe said an on-site temporary office will be open the first week of April. For now, interested applicants can print an application online and email or mail it in. She said all of the income-based housing complexes she manages in North Carolina quickly develop waiting lists. Farmer concurred.

“It’s pretty typical for these properties, when they open up or before they open up, to have a waiting list,” Farmer said. “There’s clearly a demand for this kind of housing.”

Farmer added that he is originally from Alleghany County and it is meaningful to him to see this project, which had to compete to get the federal tax credits against other projects in the region.

“To have Cooper Terrace and now Elkin Ridge coming to the foot of the mountain is a big deal.”

With so many choices…
it’s a shame you can only pick one!

Looking for houses for rent or apartments in Bloomington, Indiana? Look no further. Elkins Apartments has the apartment, home, or townhome for you. Do you want a home or apartment near Indiana University? We have houses and apartments nestled in the heart of the IU campus. Looking for an apartment somewhere else in the Bloomington area? We’ve got you covered! We have one bedroom, two bedroom, three, four and even five bedroom rental houses and townhomes.

Check Out Our Bloomington Rentals

Not sure where to start?  How about with our list of ALL OUR RENTAL PROPERTIES? From there, you can browse all our rentals or you can explore by number of bedrooms, rental property type ( homes, townhomes, or apartments ), or by the locations within Bloomington. We even have homes perfect for sabbaticals or visiting professors. Oh, and beach vacation homes when its time to take a break! We also have quickstart guides to Bloomington rentals as well as self-help for each step of the rental process, from finding a place and signing a lease to moving out.

How Can We Help You?

110 E 14th. A very nice, very quiet, 2BR flat. Perfect for you. 110 E 14th shares the parking lot with our office, so we are always nearby to help! And CVS is across the street, a bus stop, in fact two!, are right around the corner, the IU athletics facilities are just up the […] 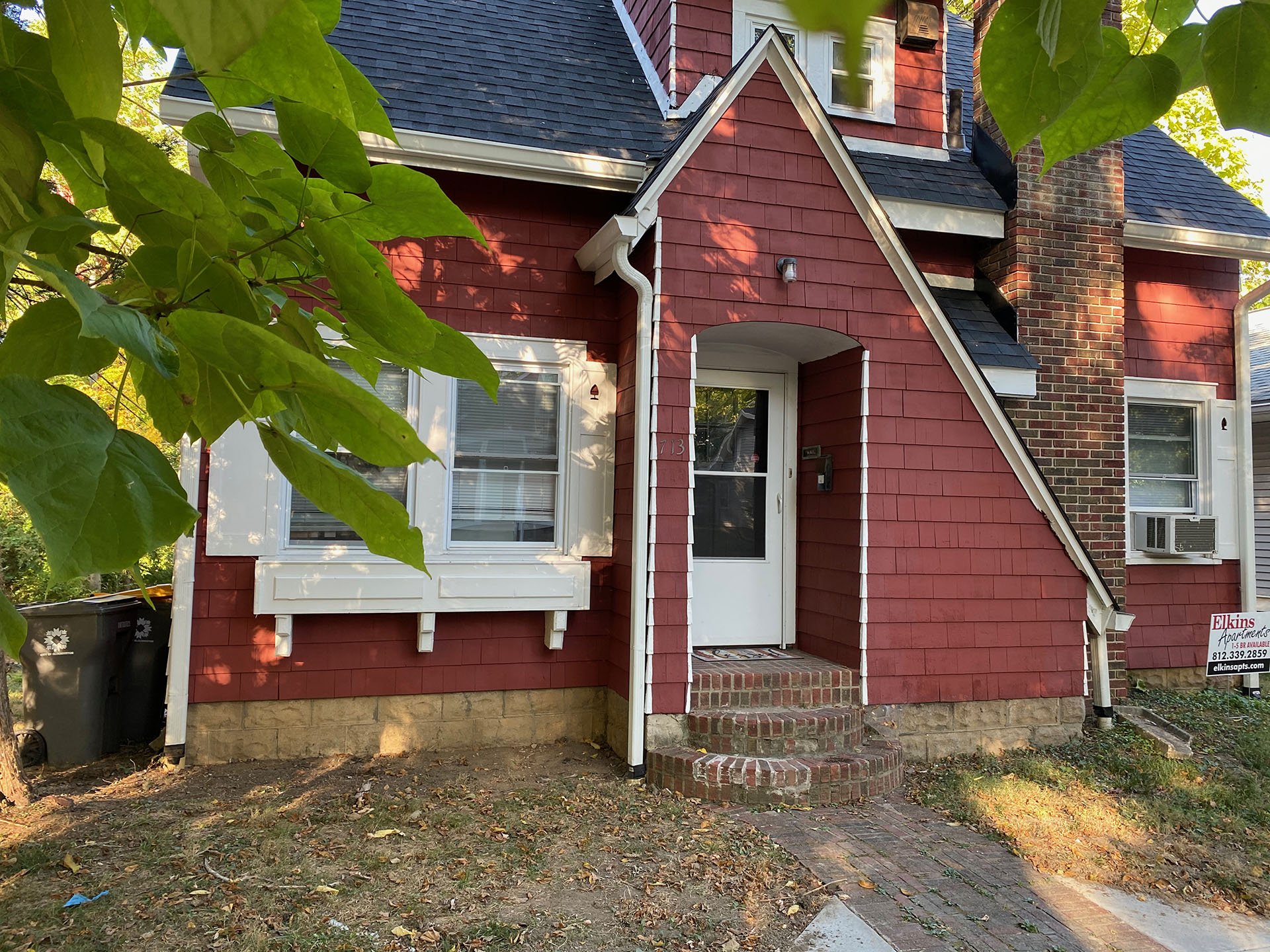 Nice. Close. Luddy. Kelley. Right there! Live, breath, study, chill pretty much as close to the north side of campus as you can get. Luddy School of Computing and Informatics? You bet! You can see it! Kelley School of Business? That too, and they are easy walks with no major roads. Lindley, Cogsci, everything oh […] 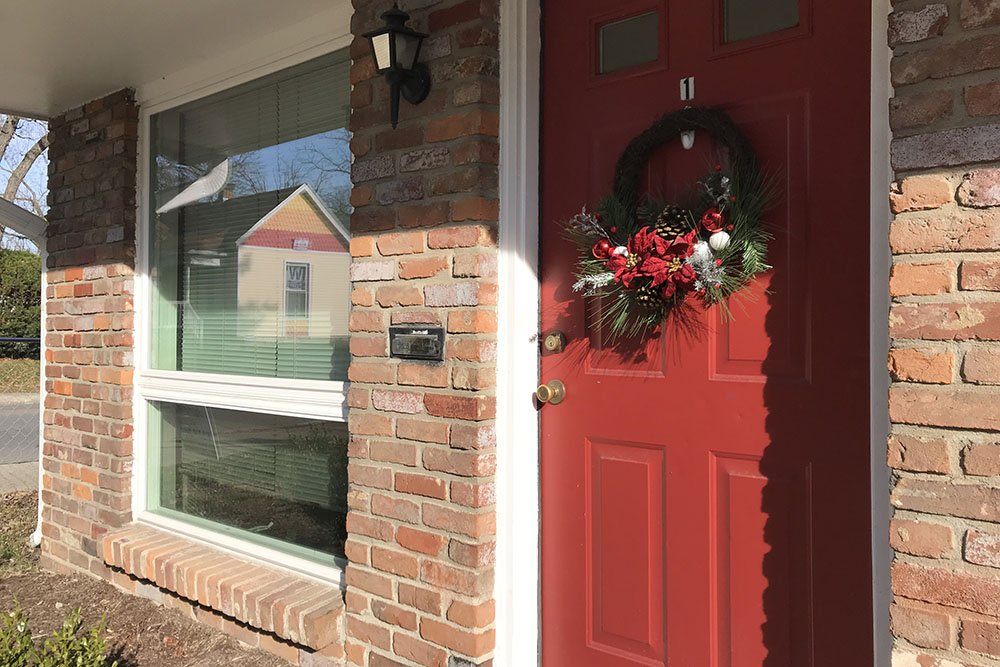 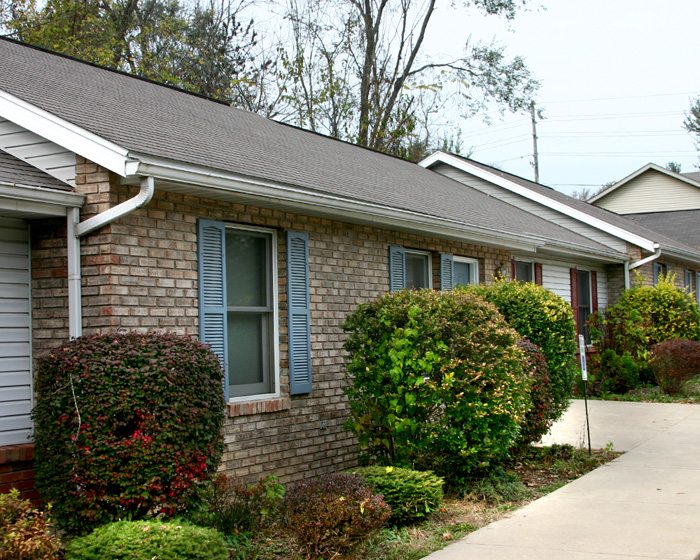 This spacious 1 BR, located a few miles south of IU, features living and dining rooms, a large kitchen, and carpeting throughout. At 820 Hillside, you are only a few blocks south of Bryan Park, which has a variety of outdoor activities from beach volleyball to picnic areas. Feta kitchen and Soma Coffee house are […] 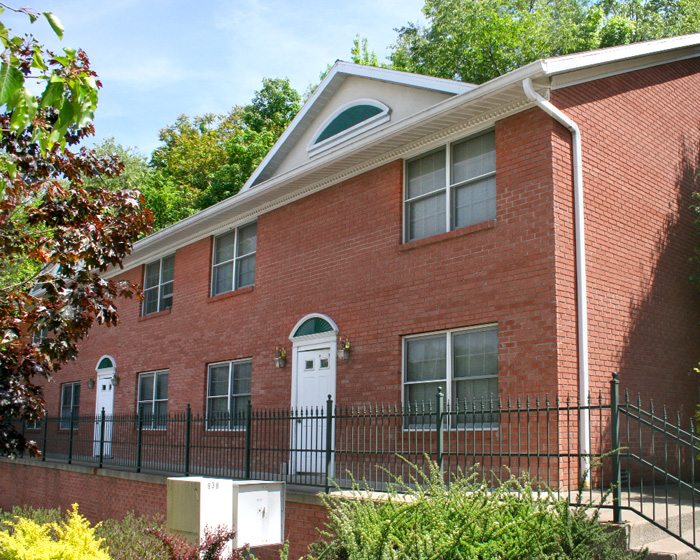 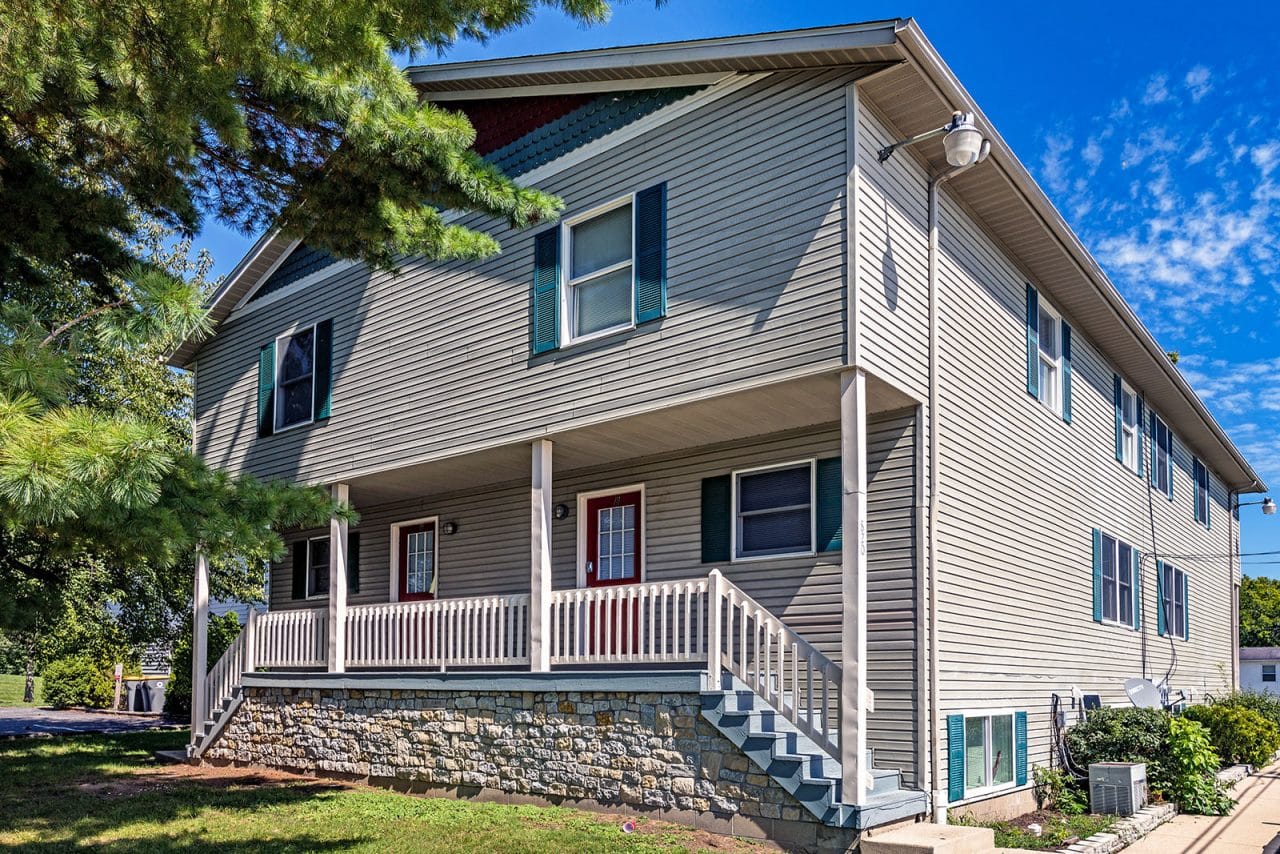 820 N Dunn: Huge West IU 5BR Townhouses with lots of parking. Big. Convenient. Well laid out. 820 N Dunn rocks! Sharing the same layout as our Ninth Street five-bedrooms as well as our 14th and Indiana townhouses, these units are the middlemen in terms of location. Situated between 11th and 12th, tenants won’t have […] 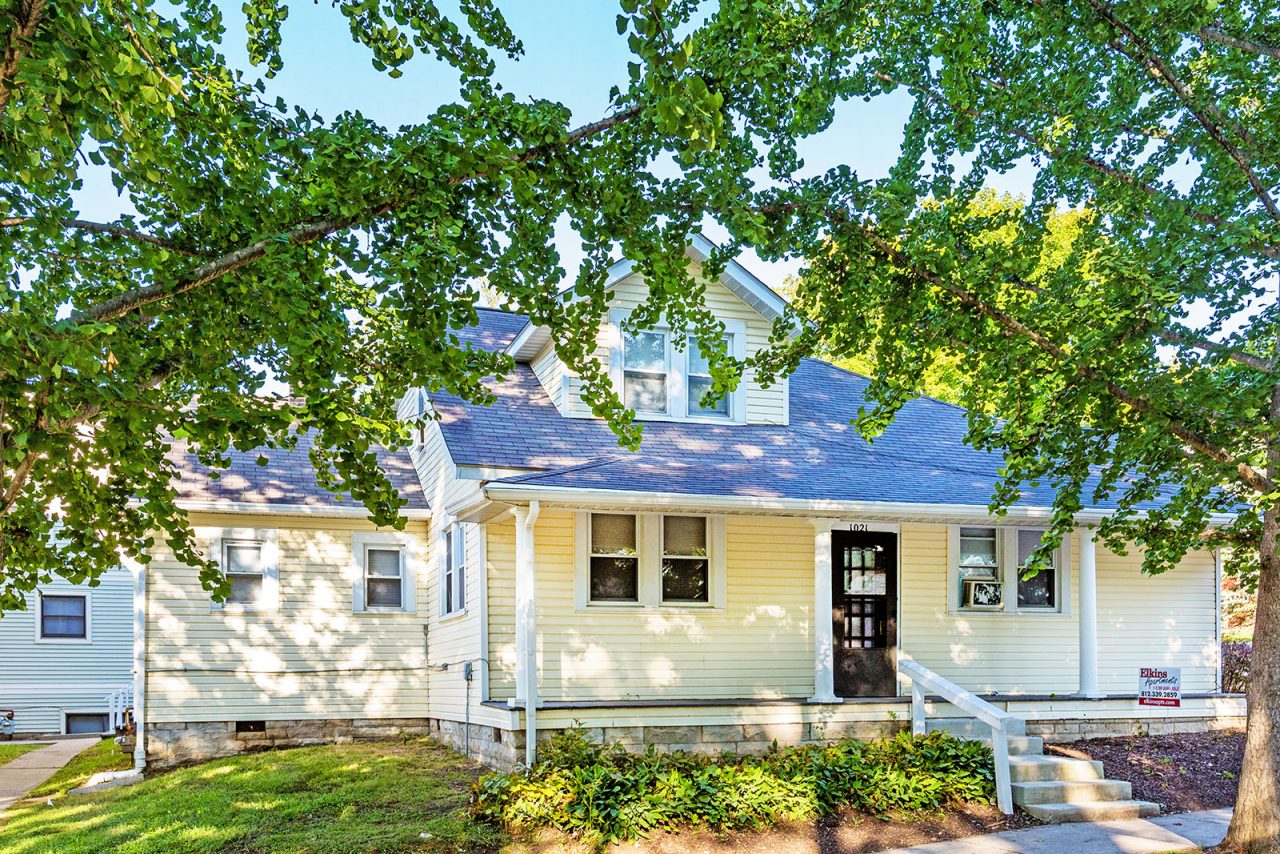 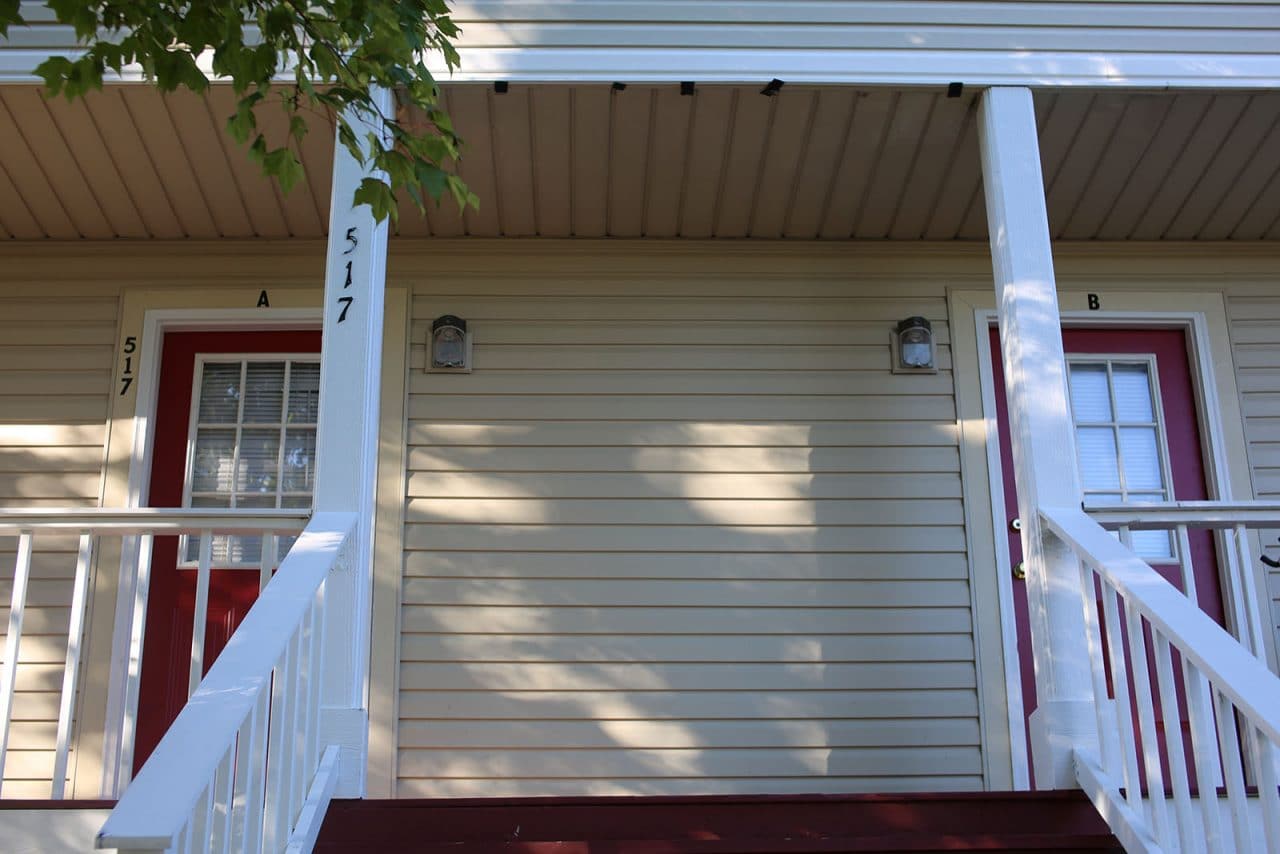 515 and 517 E 14th! 14th and I-N-D-I-A-N-A. You so want to live here. And for less! Why pay more? Great homes for a great price! These tri-level, 5 bedroom, 2 ½ bath townhomes are located just 2 blocks south of the IU football stadium. They feature new, beautiful hardwood and/or laminate floors in the […]

What are people saying abour our Bloomington apartments?

Perfect Location. Got our full deposit back. Amazing!

Great house with casual wear n tear, but that is typical of the older properties on the south side of campus. Rented out 501 S. Fess and it was a perfect location. We had a few minor issues with maintenance, but other than that it was a great service and cozy home. We even got our full security deposit back. That’s amazing. Thanks for helping me close out my senior year.

Read more tenant testimonials about our apartments, houses, and townhomes in Bloomington >

News. Urgent announcements. Deals. First three are below, check out our News page for more! 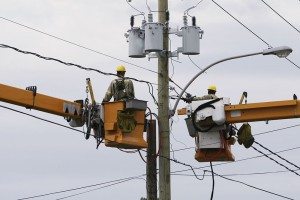 My power is out throughout my rental house. What should I do?

Losing power is no fun. We know. We’ve had it happen to us, and sometimes the power can be out for days. Step one, report the outage to your power provider. Unless, well, maybe your a child reading in the dark, or its halloween. Otherwise, well, losing power definitely not fun. If power is out […] 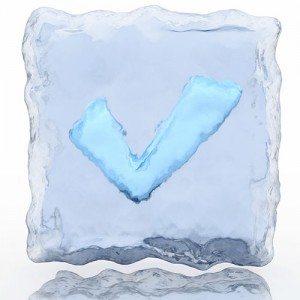 Updated 15 Things to Do Before Leaving for the Winter Holidays

Heat your place. Secure your place. Take your stuff. Keep your rental home and your stuff safe while on winter break! We’ve updated our 15 Things to Do Before Leaving for the Winter Holidays to include more about protecting your place and your stuff, including hiding, or better yet, taking your valuables with you, and having someone […] 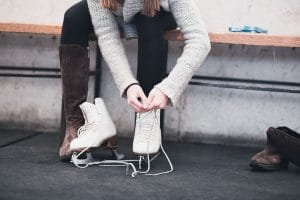 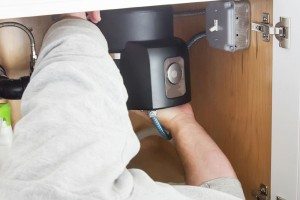 How to Fix Your Garbage Disposal

How to fix a jammed garbage disposal? A yucky stew in the sink, or a backed up dishwasher, not cool. But you can fix it yourself in most cases. If your disposal is clogged and you have a dishwasher, do not run the dishwasher. The dishwasher drains through the sink plumbing (this is true in all […]

Only this time on her. Without taking off his swimming trunks. Crawls with his paw. Straight to the pussy in addition. He strokes Tanya gently.

Then she heard the sound of the front door. She glanced at the clock 14: 00, looked out into the corridor, where she saw Alexander with large bags in his hands. She broke into a radiant smile and moved in his direction. Hello Sasha. How.

It's really huge. I have a feeling that he filled me all, although he went in no more than half of its length. The man clearly understands the magnitude of the problem correctly, so he does not try to drive him in completely, but makes small ones from his point of view. I served. In the army and went to college, decided to become an economist.