Western shirts come in many styles and designs. While some have taken on a more contemporary look, the hallmarks of a traditional western shirt remain the same. Below you will find a brief description of the elements that make up a western shirt. Whether it�s a vintage western shirt or one of more modern design, a true western shirt will generally have one or more of the follow elements.

The most common element found in western shirts, and one that often defines as shirt as being western, is the back yoke. The yoke is where the back and front shirt panels are stitched with the shoulder panel. A western yoke is curved and comes to one or more points, as opposed to a straight stitch commonly found on most contemporary shirts. Some western shirt yokes are more ornamental in design than others, especially on vintage western shirts.

Another traditional element of western shirts are snap closures down the front placket and at the cuffs. While many western shirts are open collars with no closure, you may occasionally find snap collars as well. Western snaps can range from the traditional pearl snap design to rhinestone studded diamonds and stars.

Piping is a raised piece of material that resembles a string and often incorporates contrasting colors to highlight the yoke design and the front placket as well as the cuffs and collars. Piping is a staple of vintage and vintage inspired western shirts.

Many western shirts incorporate an element of embroidery, or threaded decoration stitched into the shirt. Western embroidery comes in many styles and colors, from floral design to skulls and dice. It is often found above the front and back yokes, but it is not unusual for western shirts to have embroidery down the front, the entire back, on the sleeves, or at the cuffs.

Another element unique to western shirts are smile pockets, both of the faux and functional design. Smile pockets have a curved, usually angled, opening often defined by piping at its border that comes to a point resembling an arrow.

Saddle stitching is an overcastting method of stitching two pieces of shirt material together. The result is cross stitching look that is usually highlighted by the use of contrasting colors. Saddle stitching is often ornamental and can add a lot of character to any western shirt and some jeans.

Border prints feature a unique design across the chest area of the shirt. Borders prints often feature western inspired landscapes and designs. From images of running horses and cowboys to Aztec and Native American designs, border prints incorporate a lot of western heritage and themes right onto the shirt.

Western shirts are known for their embellishments. Rhinestones, fringe, and appliqu�s are all common on western shirts. Rhinestones are known to be used as for border design, decoration, and to embellish snap enclosures. Fringe appears most often at the front and back yokes and sometimes at the cuffs. Appliqu�s are often another way to add western themed images and design to western styled shirts.

We supported 1300+ artists on WallsHeaven!

We sent wallpaper murals to over 33+ countries!
Everywhere where Fedex can delivery we can do it! Ultra smooth and durable mural ideal for home, apartment and office. Any graphics printed on ULTRA MAT look stunning and the colors remain stable for up to 20 years! The material provides excellent print quality and contains no PVC, so it is breathable. The wallpaper has an adhesive layer, which is ready for immediate use, even by unskilled persons. approx. 215 µm thick. approx. 195 g/m2 heavy Latex paper for wall applications as wallpaper, printed with latex inks, easy to apply using standard wallpapers (need to wallpaper glue). It lightly dampens walls and is suitable for kitchen, table and office rooms. Color saturation is nice and the surface of the material is matte with a slight gloss.The thickness of photo wallpaper gives a little soundproofing of the room. Approx. 233 µm thick, Approx. 212 g/m2 heavy. The wall mural can be washed gently. Wallpaper Mural Vinyl Premium Mat is highest brilliance, photorealistic print quality and good scratch resistance with non-woven construction for easier removal from substrate. Is Designed for high humidity like bathroom, or for high traffic places like restaurants with antibacterial shields, or room to make soundproofing and more warm by one top thickest wallpaper in the world. The wallpaper is the best combination of the world to get best quality, with super flexible and resists material on scratch. Easy put on the wall and 10 years warranty
Geek Details:

Congratulation! Product has been added to your cart! 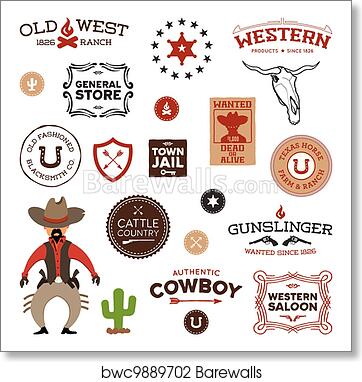 The Barewalls logo watermark will not appear on your artwork
Item: bwc9889702More art by csp_mikemcd

The Barewalls logo watermark will not appear on your artwork

Him, in the way that this child will not survive in our world. And I agree with him: after all, this child will not look like a person. The stranger lies in my bed for a whileand then teleports into space to his ship. But he will return. Then I fall asleep and sleep until noon, after all, it's summer and I have nowhere to rush.

And left. Katya undressed me, chained me to the bed and wiped my face from the semen with a stinking doormat. About an hour later, she whipped me violently and completely groundlessly.

I got up, my legs were scared, went to the bathroom.