Database of Articles 11/13 to current

Selling is a part of what I do. It is bittersweet to sell a kit, but it gives me joy to see someone else get a cool vintage drum set that they really like. I was a little bit sad to let this sweet Ludwig drum set go today. I had owned this 1965 Ludwig Hollywood set for a long time. I had a buyer come over today, and he was trying to get a great drum set to put in a music room he was building. One of my close friends told him to check with me before buying a kit. He called me and asked if I had any drums for sale? I assured him I had several nice drum sets that would be perfect for his new music room. I told him there was nothing wrong with getting a new drum set, and they would work just fine, but a vintage set would be better. What do you guys and gals think, isn't vintage better?

I said I was a bit sad because I can't help but get attached to my drums. One of my close collector friends once said to me, "you can't keep all of them." That has always been comforting to me when I sell a set. When people ask me if I sell as well as buy I always say," everything in my drum room is for sale at some price." There are a lot of nice drums and cymbals in my drum cave, but nothing that I can't live without if the money is right. Do you have a set or snare that is absolutely not for sale at any price? The guy I sold to was very happy with Hollywood Ludwigs, and the deal I gave him.

When Hollywood sets began, Ludwig used matching 12"X8" mounted toms, like this kit has. Later the Hollywood sets would have a 12'' and a 13" mounted tom. The floor tom is a 16"X16" and the bass drum is 22"X14". One nice feature of this Keystone badge set with 1965 date stamps is the matching 14"X5" Jazz Festival snare drum. Fold out spurs and slide on tom brackets work great on this awesome vintage silver sparkle set. The wrap has "ginger-aled" with time. To me, the color change gives this set a wonderful vintage vibe. The chrome is nice and there is very little damage to the set. There are a few character marks on the drums, however, you must remember that they are over fifty years old. It is funny to me that guitars can have character marks without diminishing the value, but drums must be "without spot or blemish" to get the best price.

The buyer left with a smile, I had some good cash in my pocket, and I was looking on E-bay again tonight. My wife wanted to know what was going to use the money for? Is that any kind of question to ask a vintage drum lover?

Extremely rare FACTORY configuration. For all I know, this is one of the few if not only Hollywood kits in these sizes, 12-12-14-20.

Kit is in excellent, almost mint condition. Metal is very clean, with just a bit of rubbing on a few of the bass drum T-rods. Top hoop of a 12 is slightly scuffed. There is a very minor scuff to the wrap near the clip mount on the other 12. Color is lightly ginger aled evenly across the drums.

Vintage Downbeat mag showing a Hollywood configuration is yours, gratis.

Free shipping to the CONUS.  Please contact me for international shipping, which is never cheap. 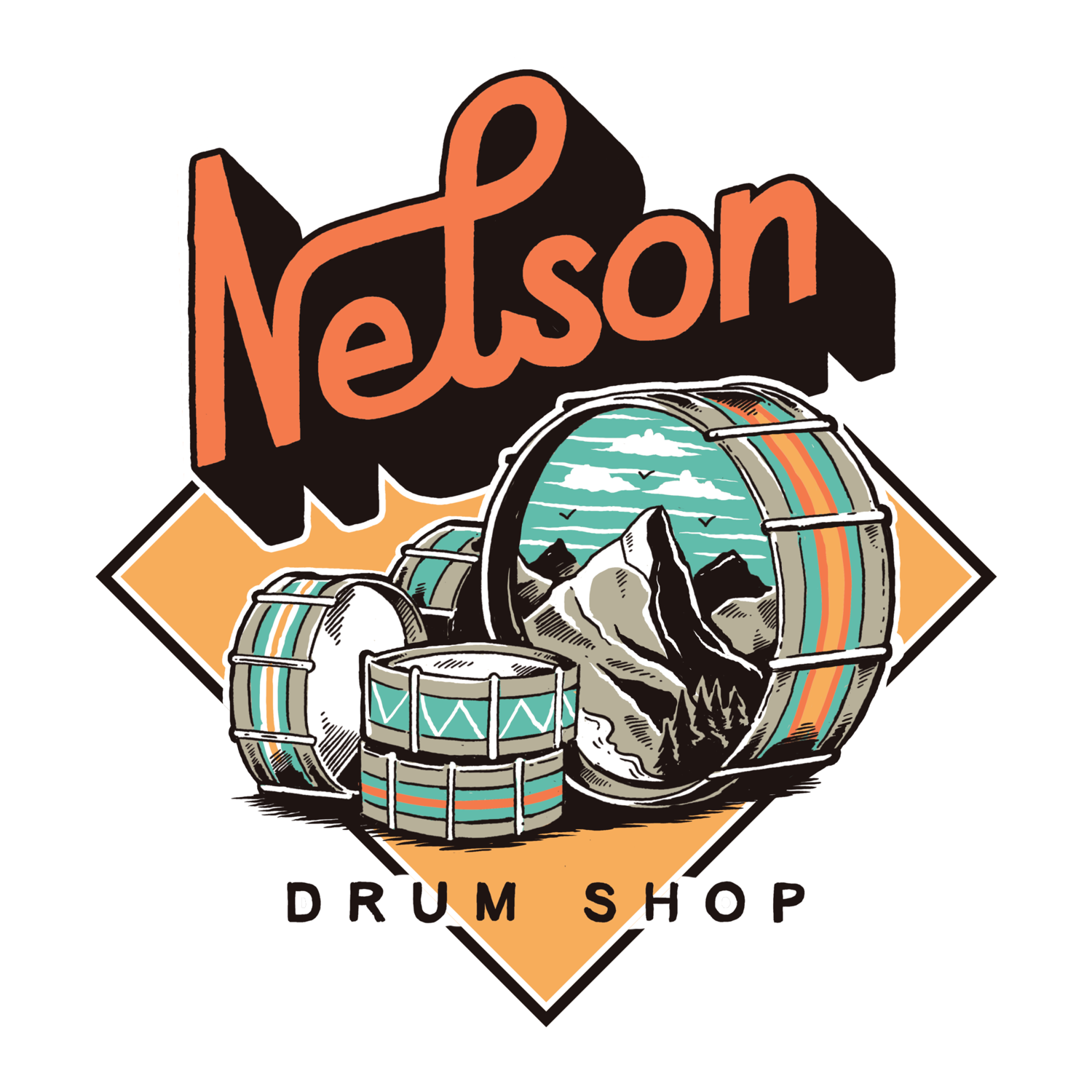 With the Italian flair for design and style, combined with bold engineering, Caldironi & Meazzi of Milan, Italy, produced some unusual and inventive drums from the 1960s on.

Confusion can arise from the fact that the same company made drums with the various names Meazzi, Hollywood, Wooding and Hi-Percussion. They all stemmed from the audacious designs of bass player Franco Caldironi and his team.

As for the 14"x5" snare, this is an earlier model with an intriguing past.

“The metal snare drum appears in the 1962 catalogue as an Oscar and was purportedly once owned by Charlie Watts, although unfortunately I can’t verify that,” rues Dave.

For a while in the late 1960s Meazzi drums were played by some big names in American jazz, including Max Roach and Jack DeJohnette.

The drums have typically European beech ply shells, supported by some unusual hardware. In particular, the lugs have a flip-off design, briefly used by Premier in the 1930s, and more recently pursued by Ayotte and Yamaha.

The metal drum hoops are described as ‘bossless’, ie: they do not have eye holes for the tension rods, but rather the rods pass through clips (like bass drum claws) and screw into a rotating bar inside the lug.

To remove the head you just loosen the rod a little until the clip slips off the ridged drum hoop and the rod hinges away from the shell.

This allows the head and metal hoop to be lifted free while the tension rod remains attached to the lug. The idea is to facilitate quick head changes, although the principle has never really caught on big time in any of its guises.

Also notable are the floor tom legs. These have outriggers which are a side-product of the Hollywood MultiSound tuneable floor tom design.

This had a foot pedal attached to the widespread legs allowing the pitch of the tom to be adjusted while playing, like a timpani drum.

Dave concludes, “It’s a real stunner of a kit and with the President being the rare top of the Meazzi range someone offered me £1,500 for it at the National Drum Fair last year.

"l have always wanted to own a Meazzi Hollywood kit and finally grabbed this one in 2011, when by chance I was searching through 1960s Hollywood pictures on the web and I spotted this kit.

"I immediately contacted the seller and later that afternoon I was driving home with a real taste of Hollywood in the back of the car. Of all my drum kits this is my wife Susie’s favourite as she loves all the glamour of Hollywood!”

Is there something wrong. Pawn asked worriedly upon hearing a sigh. No, all the rules. Untie it, but put it on. I began to unbutton my trousers.

It throbbed. I took it in my hand and squeezed it lightly, simultaneously exposing the head. Despite his age, his penis was not much smaller than that of a grown man. - I want you.

I said to my mother, looking at the girl walking behind Irishka and like two drops of water similar to her, but. Only older. Sister, sister and you look Kostya, as she kicks our girl a bitch.