Damask textiles originated in China around 300BC. The knowledge of this weaving technique slowly spread west from there. They are named after the significant silk road trading city Damascus, Syria. These finely patterned textiles grew to major production in the Middle Ages, particularly in the Middle East. Legend often credits Marco Polo with bringing the first damask to Venice in 1295 as part of a fabric bundle. Whether true or apocryphal, Europeans were instantly taken by their richness and luster when they first saw it. Damasks soon became popular in draperies, wall hangings, and wallpaper.

European damask designs often feature stylized floral motifs, acanthus leaves, and feathers. Motifs are usually in a framed, half-drop layout. These types of patterns have a distinct top and bottom to the design. However, damask fabrics are not limited to those types of designs. This combination of structures can be used with any kind of artwork, such as a smaller scale coordinate. Damasks today are woven on jacquard looms and sometimes are constructed with more intricate weave structures to add layers of color.

In the early part of the 20th century, print designers began creating damask look designs for printing, rather than weaving. These designs were both beautiful in their own right and also vastly less expensive than their woven counterparts.

It’s safe to say that damasks are a constant in home furnishing and always in fashion in one form or another. Look around, and you will notice them nearly everywhere you go.

From sumptuous woven court robes in the 5th century China, to dramatic flocked wallpapers today, Damask patterns offer really complex designs, often with elaborate and symmetric medallions that seem to intertwine and overlap, making it difficult to see where the repeat begins and ends. This is part of the intrigue that draws you in to take a closer look!

This gorgeous, heritage design style has a rich history where the stories of its rise through ancient Chinese dynasties and journey along the silk road (including smuggling by monks), its fall out of favor during the European industrial revolution and revival through the Arts & Crafts movement, are as precious and interwoven in its history as much as the fabric threads themselves.

Damask still endures today, making it a wonderfully relevant and timeless pattern for surface pattern designers to adapt to their own style.

the history of damask patterns

The first Damask textiles we know of were produced in China, around 300 BC so this is an ancient weaving technique. At the time specific regions in China were known to specialize in this unique weaving technique, that later became known as Damask.

Early Damasks were woven on hand-looms, rich, heavy fabrics made of the finest silks and linen, often with botanical and animal motifs. They could have two contrasting and even multiple colors, so not just the monochrome we associate damask with today. Oftentimes metal and gold threads were woven in to make them even more beautiful and exclusive.

Damasks were made with exclusive and expensive materials such as silk and gold, which meant only the wealthy and noble could afford them. There are records of a 5th century Chinese emperor, Wendi of the Sui dynasty, who owned a damask court robe.

So as an exclusive commodity Damask fabrics became an important trade along the Silk Road, from the East to the Mediterranean. As it spread to the European regions it became really popular and in demand. Still, it was an expensive, luxury product for the rich and famous. And of course, soon European kings and rulers wanted to get their hands on the secret behind producing these coveted silk fabrics.

In 551 two monks who had been preaching in India arrived in China where they observed how the Chinese raised silk worms and produced silk. Since adult silkworms are very fragile they had to get silkworm eggs for transportation instead. They couldn’t just go and buy some as it was totally forbidden, so they found a secret way to smuggle them out of China, by placing the eggs inside their hollow bamboo sticks!

At this time these coveted, woven and reversible fabrics weren’t called Damask yet, they were known as ”diaspron” which later became ”Diaper”. The fact that it was called ”diaspron” gives us a clue that the patterns had characteristic diagonal designs.

On their way along the trading route of the silk road, from China and the Far East to Europe, the merchant caravans passed through the city of Damaskus, which today is the capitol of Syria.

During these early centuries and beginning of the Middle Ages, Damaskus was a big hub for trading and manufacturing of luxury silk fabrics, including the Diaspron fabrics. The fabrics manufactured in Damaskus were considered of very high quality, and were known for their unmatched beauty and flawless production. And so the traders started to refer to any ornamental patterned silk or satin fabric as ”Damasks”. And this is how we believe the name that we use today for this specific woven, fabric was coined.

The word ”Damask” first appears in European records in the mid 14th century.

During the Renaissance the patterns became more dense and more elaborate, with scrolled motifs of Acanthus leaves and feathers. And this style became very popular, actually so popular that it’s still in many ways the style that we associate with a Damask pattern today.

The decline and revival of Damask Patterns

However, as always, after a peak, comes a decline.

At the start of the 19th century came another turning point for the Damask fabric and pattern style and its popularity. In 1801 the Jaquard loom was invented. This was an important factor for the budding Industrial Revolution. The Jaquard loom made it possible to produce fabric much faster and to a lesser cost, resulting in cheaper products as well as making it easier to create more complex and detailed motifs and patterns.

By now Damask fabrics could be afforded by the middle class as well. But with the mass production came lesser quality, a typical consequence and soon Damask fabrics were no longer considered as exclusive and the trend ebbed out.

The 19th century saw the impact of the industrial revolution affecting our society in many ways. One critical force arising was the Arts and Crafts movement, who resented the industrial mass produced products. They thought that it took away the important factor of good design, good craft and the beauty of authentic materials. They brought back the appreciation for hand-crafted goods again, including Damask fabrics and also its pattern style.

want to learn more about pattern history and classic styles?

The Damask pattern style is highly versatile and is why it has continued to be popular and remains a classic style century after century.

Style wise we can divide the Damask into two categories - traditional and contemporary.

The traditional has classic motifs:

Traditional Damasks featuring flowers, scrolled leaves and birds from the house of Scalmandre

The contemporary are more experimental, using all kinds of motifs and themes from

Symmetry is another strong characteristic of the Damask pattern style and also one that emulates shapes in nature, a strong building block of the physical world.

The word symmetry was derived from the Greek words for “agreement” and “arrangement” and gives a pleasing sense of order in the intricate patterns through similarity and regularity.

create your own damask patterns

Today Damask fabrics are still very popular among designers and often used for couture fashion and interiors. It can be extremely expensive at the high end and therefore still associated with elegance and luxury.

A common contemporary use for damask fabrics is for table cloths and napkins. It’s also used for drapes, curtains and upholstery.

As for the pattern style, it can be seen on just about anything today, not only on woven fabric but also printed fabric and other materials and surfaces, from wallpaper to bedding and stationery.

So we can be sure that both the Damask fabric and the pattern style will continue to be a part of our future!

To inspire your own Damask

Perhaps you can take a walk outside and look for symmetry in nature, from the wings of a butterfly, two halves of a strawberry, to shells on the beach, paying close attention to both the smallest and largest details in the natural world will fuel your own symmetrical discoveries, ready to turn into your own Damask.

Things to look out for range from symmetry in the landscape and buildings to the leaves on trees, seed pods, insects, sea creatures, flowers and vegetables.

What else can you think of?

WANT TO LEARN HOW TO CREATE your own damask PATTERNS?

If you would like to learn how to create patterns in the Damask style you can watch my course on Skillshare on this very topic. You’ll get the complete rich history of this classic style and learn more about its characteristics and composition.

You will also be guided with my own step by step process for for creating a Damask pattern, including some drawing exercises.

At the end of the course you’ll be able to create seamlessly repeating Damask patterns of your own, to use for wallpapers, fabric and include in your portfolio.

New to Skillshare? You get two weeks free when you register!

Save this article to your Pinterest boards by pinning one of the below images, so you can easily find it later!

Vectors of floral elements and patterns, particularly those frequently used in Victorian design and damask fabric and wallpaper patterns. Some Asian and modern…151 Pins 3y 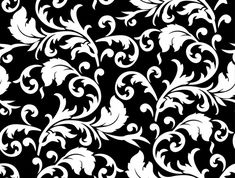 Aunt stopped smiling and, standing at the open door, began to examine my body and the bump under the towel. She smiled a little and asked:" So do you really want me. " blushed even more and twitched with nerves, but replied - "Well. yes. you are beautiful, sexy, and even more so very good.

Her whole pretty back was painted with swollen stripes left by my belt, which crossed her in different directions, and the object of my delight - an. Elastic and graceful ass - was completely covered with bloody stains. Only her slender legs, with the exception of her thighs, were still intact. I left them for dessert.

So Igor was on a special account with Yurka, that is, inviolable. It was dusty underfoot, and indeed the whole road was covered in dust. As soon as the car passed, a whole cloud of gray dust tickling the nose rose into the air. Come here, - and Valya turned off the road in the direction of the stables.